PARIS POLICE BREAK UP FAKE AFRICAN ART GANG
French police have uncovered one of the largest networks ever of fake African art in France. Twenty-two people were arrested and seven held in custody earlier this week after a six-month investigation.

Suspects had conned people into buying counterfeit works of art, which they had made to look antique. The crooks used urine and cashew nut paste to give brand-new African wooden sculptures an antique look, selling them for around 100,000 euros a piece - well below the going rate for the real article. They targeted tourists and art lovers, approaching them as they left chic art galleries in central paris.

According to Le Parisien daily, which revealed the scam, police seized 500 pieces, including Fang masks from Gabon and Punu statues, from a workshop in Paris's St Germain des Près district. The operation had been going on for more than a year.

Bernard Dulon, a well-known local gallery owner and tribal art specialist, told the paper he was scandalised by the racism which the scam revealed. The objects were sold by Africans to white Westerners and relied on people believing that Africans couldn't possibly know anything about art and that gallery owners were necessarily overcharging, he claimed. The copies, moreover, were laughable, Dulon said.

French police took six months to dismantle the network, which is thought to be the largest of its kind ever found in France.

ARTICLES FROM THE LOS ANGELES TIMES

For complete article, please go to this link:
http://www.latimes.com/entertainment/arts/culture/la-et-cm-asian-artifact-smuggling-20130611,0,3469733.story


SPIRITS OF THE 'WEST'
In a new gallery space, the Autry travels a 'harder, tougher road' to tell the region's stories.
By Mike Boehm.  LA Times, June 15, 2013.

For complete article, please go to this link:
http://www.latimes.com/entertainment/arts/culture/la-et-cm-autry-gallery-art-west-20130615,0,1592221.story
Posted by asiaart at 9:47 AM No comments: 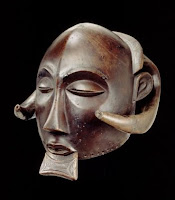 Shaping Power features Luba masterworks from the Democratic Republic of the Congo on loan from the Royal Museum for Central Africa and rarely seen outside of Belgium. Figurative thrones, elegant scepters, and ancestral figures actively contributed to the formation and expansion of a highly influential Luba state from the 18th to early 20th centuries. The exhibition includes a kneeling female figure holding a bowl by the celebrated artist known as the Buli Master, as well as the Royal Museum’s most iconic mask recalling the Luba culture hero—on loan for the first time ever. Shaping Power presents the richness and complexity of Luba arts, and lends insight into a world renowned African aesthetic and cultural legacy.
Posted by asiaart at 6:44 AM No comments: