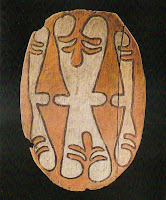 San Francisco Tribal & Textile Arts Show
February 11-12, 2011.
Preview Opening: February 10, 6pm to 9pm.
Fort Mason Center, Festival Pavilion, San Francisco.
The San Francisco Tribal & Textile Arts Show (SFTTA) celebrates its 25th anniversary this February at the historic Fort Mason Center. Taking place February 11‐13, 2011, the SFTTA is considered the best tribal art event in the world. The show features an elite roster of the world’s most respected Tribal & Textile arts dealers and more than 15,000 museum‐quality art and antiques from the Oceanic Islands, the Middle East, Central, and South America, Africa, Polynesia, Indonesia and the remote tribes of Asia.
The SFTTA has consistently received outstanding reviews from reputable arts and cultures media, including Art & Antiques, Art + Auction, Antiques Roadshow, and the San Francisco Chronicle which in 2010 stated that, ‘for those taken with the finest examples of antique ceramics, sculpture, fabric, paintings and jewelry, the SFTTA Show is the place to be.” Both seasoned and novice art collectors have been drawn to the Tribal & Textile Show to find pieces they love, and / or develop art investment collections.
The very nature of the Tribal & Textile buying world almost ensures that the pieces increase in value through time because authentic pieces are in such short supply. An ever‐growing demand for what is becoming a ‘disappearing art’ has created a demand for particular pieces and collections. Yet, many pieces are still quite affordable for the new collector. As the modern world becomes smaller, fewer and fewer people living within tribal communities are continuing their traditional art forms. The SFTTA Show is a nexus point where these disappearing arts can converge with the public.
The 2011 Show will feature a special exhibit of Batik textiles from Indonesia. Curated by Rudolf G. Smend of Germany, Donald J. Harper, Java and Vietnam, and titled, Batik – An Enduring Heritage, the exhibit will be on view and for purchase throughout the show. All pieces on display were woven using the traditional wax‐resist dyeing technique.
The Show opens with a preview gala on Thursday, Feb. 10,2011 from 6:00pm‐9:00pm to benefit the galleries for Art of Africa, Oceania and the Americas and the Textiles galleries in the de Young Museum in Golden Gate Park. The gala offers a ‘first look’ at the batik textile exhibit as well as the thousands of art and antiques on display.
General admission for the Tribal & Textile Show is $15 per person. To purchase tickets for the Opening Night benefit, please call 415‐750‐7656 or email: dcappannelli@famsf.org. The Opening Night benefit takes place Thursday, Feb. 10,6:00pm‐9:00pm. This event is open to the public on Friday Feb. 11, 11:00am‐7:00pm, Saturday February 12, 11:00am‐7:00pm and Sunday Feb. 13, 11:00am‐5:00pm. There will be no admittance on Sunday after 4:30pm.
For more information, please call (310) 455‐2886, or go to website: http://www.caskeylees.com/SF_Tribal/SF_Tribal.html
Posted by asiaart at 8:32 AM 1 comment: 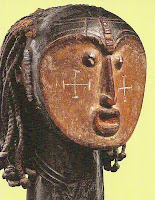 Central Nigeria Unmasked: Arts of the Benue River Valley
February 13 – July 24, 2011.
Preview Opening: February 12, 6:30pm to 9pm
Experience some of the most abstract, dramatic, and inventive sculpture in sub-Saharan Africa in this groundbreaking exhibition that “unmasks” the history of Central Nigeria by examining the dynamic interrelationships among its peoples and their ritual arts.  On hundred figurative wood sculptures, masks, and ceramic vessels, as well as elaborate bronze and iron regalia reveal borrowing, adaptations, reinventions, and permutations that are varied and complex as the vast Benue River Valley itself.
For further information, please visit the Fowler Museum website at: www.fowler.ucla.edu
Posted by asiaart at 8:27 AM No comments: 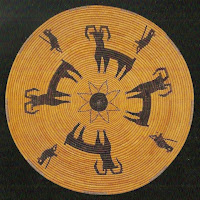 Marin Show: Art of the Americas
February 26 - 27, 2011
Preview Opening: February 25, 6:30pm to 9pm.
Marin Center & Embassy Suites Hotel, San Rafael, CA.
The annual Marin Show: Art of the Americas celebrates its 27th year as the most substantive and extensive ongoing showcase focused on antique American Indian, Pre-Columbian, Spanish Colonial and contemporary American Indian art. The show brings together top dealers, collectors, artists, and academia from across the world.  The show’s main floor offers antique material, with the adjacent Embassy Suites Hotel ballroom, offering contemporary Native and Latin art and artists.
The exhibited art includes pottery, textiles, sculpture, jewelry, beadwork, baskets, paintings, photography and more, offering quality material for first time buyers and seasoned collectors.  A lecture on California Indian Baskets will be held on Saturday, February 26 at 9am, with a second lecture on Navajo Blankets of the Classic Period to be held on Sunday, February 27 at 10am.
Some exceptional pieces available on the market are expected at the show, including a 3rd Phase, Classic period Navajo Chief’s Blanket c. 1860-65.  And award-winning Native American artist and professional demonstrator Daniel Ramirez chose this show to launch a new art project called “The World’s Longest Native American Painting”.  The Marin Show: Art of the Americas is part of the 2nd annual Arte Du Monde SF, which runs throughout the month of February, and is a celebration of the Bay Area’s influential cultural arts scene.
The Opening Night Preview on Feb. 25 ($25) will feature recipes from top local Chef Scott Howard (FIVE, SCOTT HOWARD, Brick & Bottle), who will be in attendance, and will benefit the renowned charity Homeward Bound of Marin.
For further information and tickets, please visit the Art of the Americas website: www.marinshow.com.
Posted by asiaart at 8:24 AM No comments:

Many in the art community believe the city could sustain a major fair. Shows lined up for the year, including this weekend's Art Los Angeles Contemporary and a new one in September, aim to make it happen.

Ancestors may have left Africa earlier than thought

Tools suggest humans may have wandered far from Africa as early as 125,000 years ago, 60,000 years sooner than previously believed.

The Margaret A. Cargill Foundation, with potentially $4 billion in assets, is gearing up a hefty grant to help raise the profile of folk and Native American art forms.